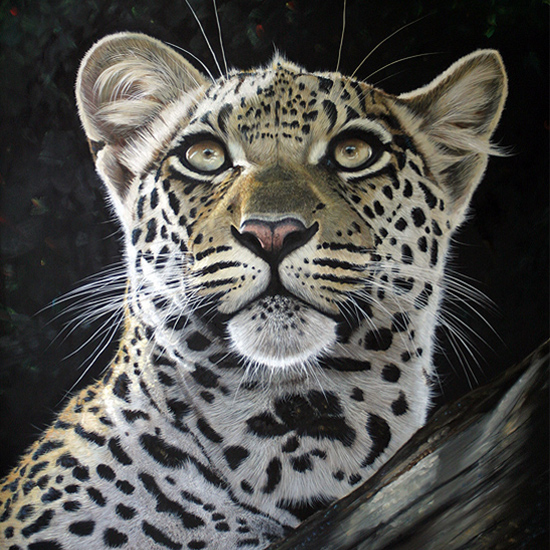 An exhibition of extra-ordinary wildlife paintings from Pip McGarry, one of the world’s leading wildlife artists.

Featured will be Pip’s specially commissioned, largest and arguably most impressive painting to date.

A selection of over 30 stunning paintings will be available to purchase.

In 2004, Pip McGarry’s successful television series ‘A Brush with the Wild’ brought his stunning oil paintings of wildlife to the public’s attention. In 2008, his painting ‘Flight of the Zebra’ sold at Christies for the record amount of £29,300.00. For 2012, this extra-ordinary month long exhibition of his paintings at the internationally acclaimed Colomb Art Gallery, London is a ‘must-see’ for any wildlife enthusiast and a rare opportunity to buy into the work of one of the world’s leading wildlife artists.

Pip is a self taught professional wildlife artist with an international reputation. He has been the ‘Artist in Residence’ at Marwell Zoological Park in Hampshire since 1998 and is the founder and Chairman of ‘Marwell International Wildlife Art Society’ (MIWAS), currently the largest wildlife art society in Europe.

Pip McGarry is represented in London by The Colomb Art Gallery. For all available art work click here.